Lušt, Slovenia’s most famous tomato, has been even sweeter since 2018, kept warm by a Kronoterm heat pump.

Greenhouses need exactly the right conditions (appropriate heat and moisture) at the right time in the growth cycle to cultivate the nation’s tastiest tomatoes, no matter what the weather’s like outside. To get those plump, juicy tomatoes greenhouses sometimes even need heating during the summer months.Choosing the right heating system is vital for this kind of production, so growers can produce delicious taste at minimal cost.

Searching for the right solution, the company that grows Lušt tomatoes turned to the seasoned professionals at Kronoterm. Together they launched a project to build a new, custom-made heat pump to meet the heating demands of a booming greenhouse business.

That’s how Kronoterm started developing the biggest heat pump in Slovenia in 2017; its heating capacity is 2000 kW, and it was installed and commissioned in 2018. 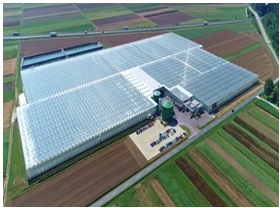 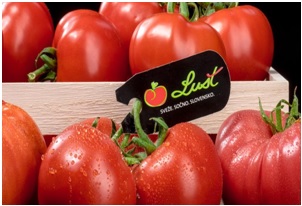 Before the heat pump was installed, Lušt’s greenhouses had been heated by geothermal water and natural gas.

Until 2018, Lušt’s greenhouses had been heated only by geothermal water from a geothermal borehole, with additional heating provided by natural gas. Rising heating costs due to an expanding greenhouse and environmental demands meant the existing conditions no longer meet their increasing needs for thermal energy.

By installing a new Kronoterm heat pump, they wanted to streamline their use of geothermal energy, while reducing costs and their environmental impact at the same time. They succeeded in gaining from 1.5 to 2 MV of additional heat and lowering the need for natural gas, which comes at a high cost.

When upgrading and optimising the greenhouse heating system, Lušt also set up a heat station where they installed the heat pump and all the system’s key controls and hydraulics. Everything was connected to a modern central control system.

Kronoterm’s new and unique heat pump for the Lušt greenhouse churns out a remarkable 2 MW. This is enough power to heat a community of 400 low-energy houses at an average size of 140 m2 (an average new building). The working efficiency of the COP heat pump is also excellent, varying between 5.1 and 6.0. This means 1 unit of electrical energy input to power the heat pump yields as many as 5 to 6 units of heat energy, far exceeding the expectations of both the heat pump’s developers of as well as its investor. The entire investment was recovered in less than a year (ROI < 1 year) due to the negligible heating costs. The investor is thrilled to say that the new system is as much as 100% efficient in pumping geothermal energy from an incredible depth of 1500 m. 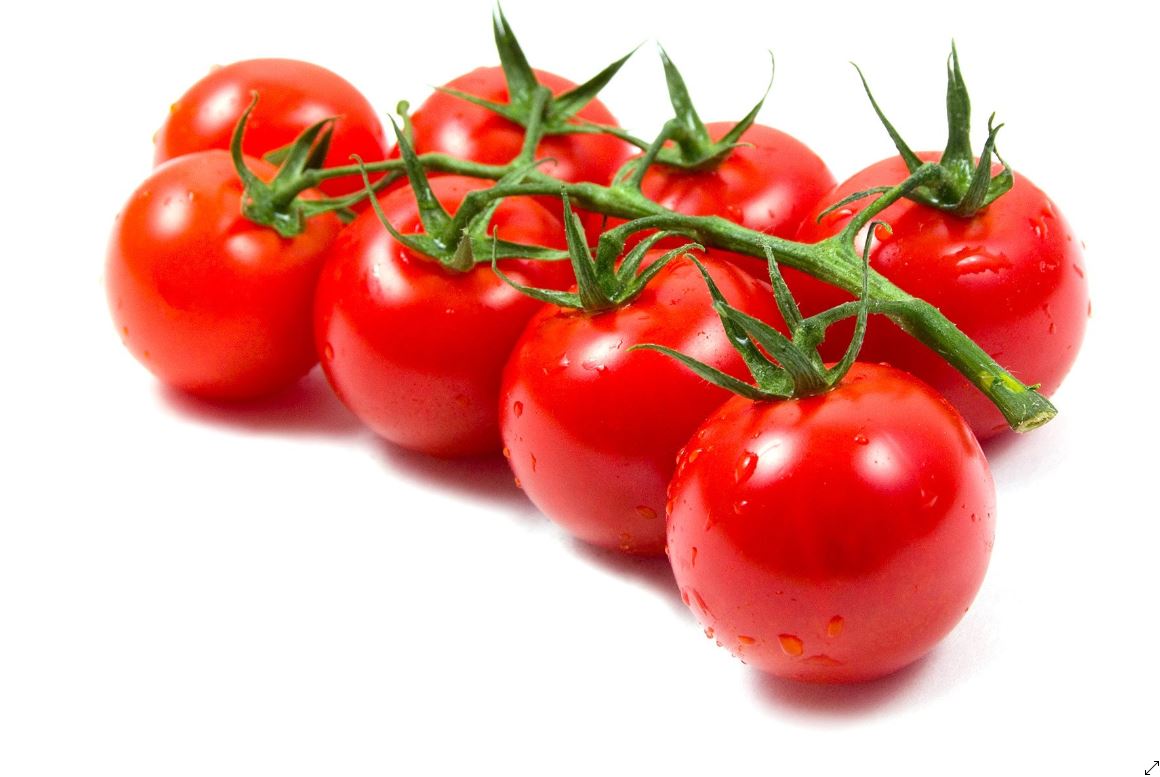 “I can proudly say that we developed the biggest geothermal ‘heat recovery’ heat pump system in Slovenia and the wider region. The technology at work is also a bit different – it uses waste geothermal heat from the borehole with a relatively high temperature – between 30 and 40 degrees Celsius. The end temperature is also relatively high, as it reaches between 65 and 80 degrees. Results show that the geothermal energy efficiency after installing the heat pump is almost one hundred per cent.” said director Bogdan Kronovšek. 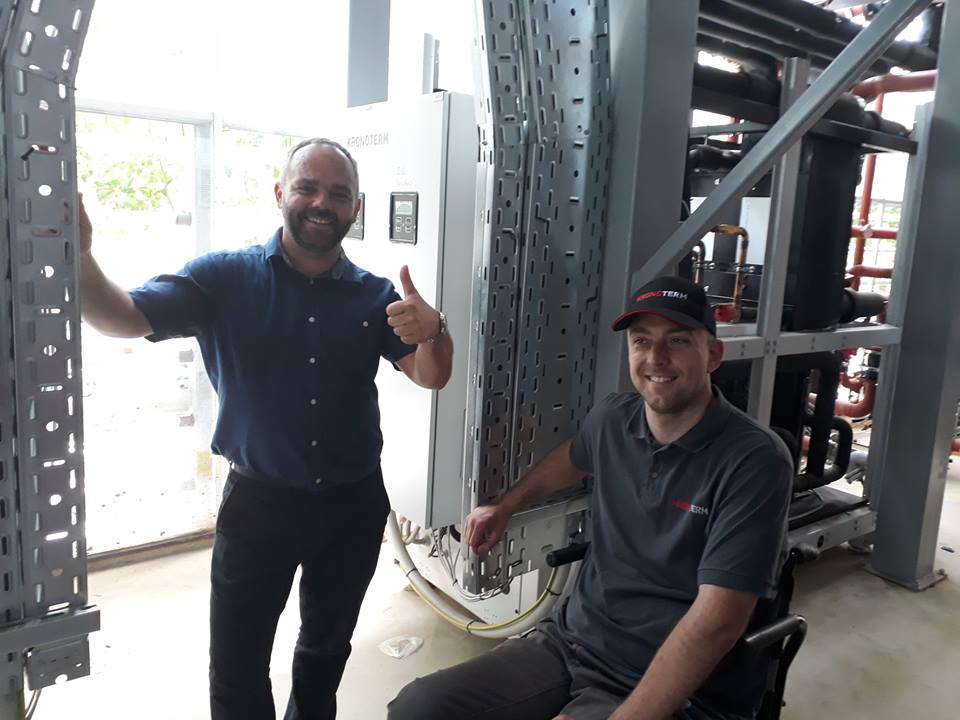 They managed to cool the temperature from 65 to 10-15 degrees (depending on the flow control). The savings in comparison with the prior use of natural gas are as high as 72 per cent and our CO2 emissions have decreased by about 50 per cent. The heat pumps are expected to produce around ten thousand megawatt hours per year, which was exceeded by approximately 20% in the first year alone. 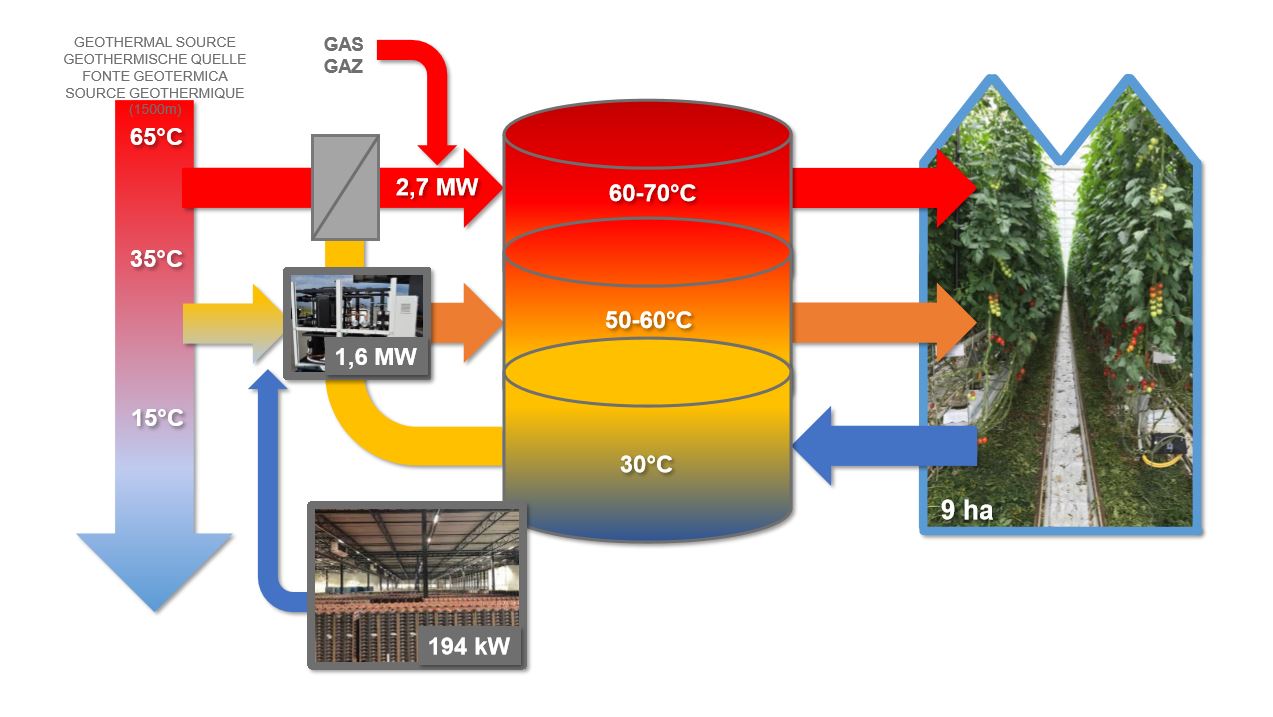 Lušt’s heat pump doubles savings because it both heats the greenhouse and cool tomatoes in storage.

The name ‘heat pump’ alone tells us what the device does – it pumps heat from a lower energy heat source like geothermal water into a higher energy heat system such as a greenhouse. Such a machine can also pump heat from other sources, like the air. This is exactly why Kronoterm upgraded Lušt’s heat pump with a special system that also lets them pump heat from the tomato storage room, which it then cools to the optimal storage temperature. This revolution in the Kronoterm system was a double success. First, they lowered their investment costs because the investor had no need to install an additional cooling device of at least 200 kW. Second, waste heat drawn from storage is reused for greenhouse heating.  If an independent cooling device were installed, this energy would be wasted.

The Lušt heat pump has the same features as all Kronoterm heat pumps: it comfortably and intelligently monitors and remotely controls the system using an app, the Cloud.kronoterm.com platform, and the central monitoring system. Because holding a precise temperature is key for tomato growth, Lušt employees can use the monitoring system in the control centre at any time to change and regulate the greenhouse temperature to ensure the best conditions for the plants at any given time.

Lušt’s heat pump was designed, developed and built entirely by Kronoterm, from development to execution. 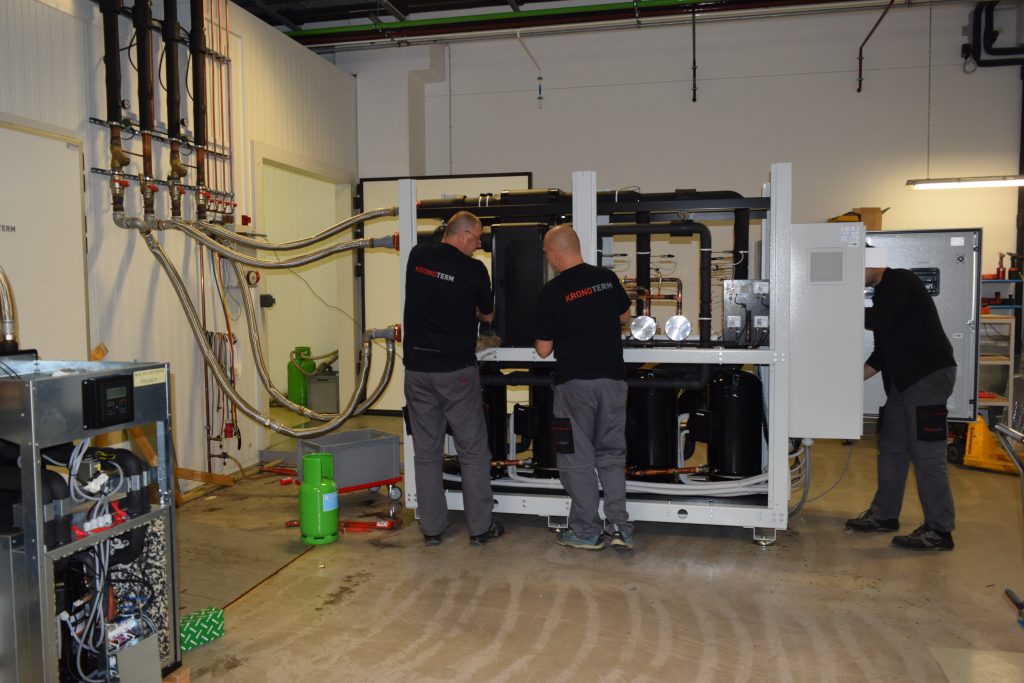 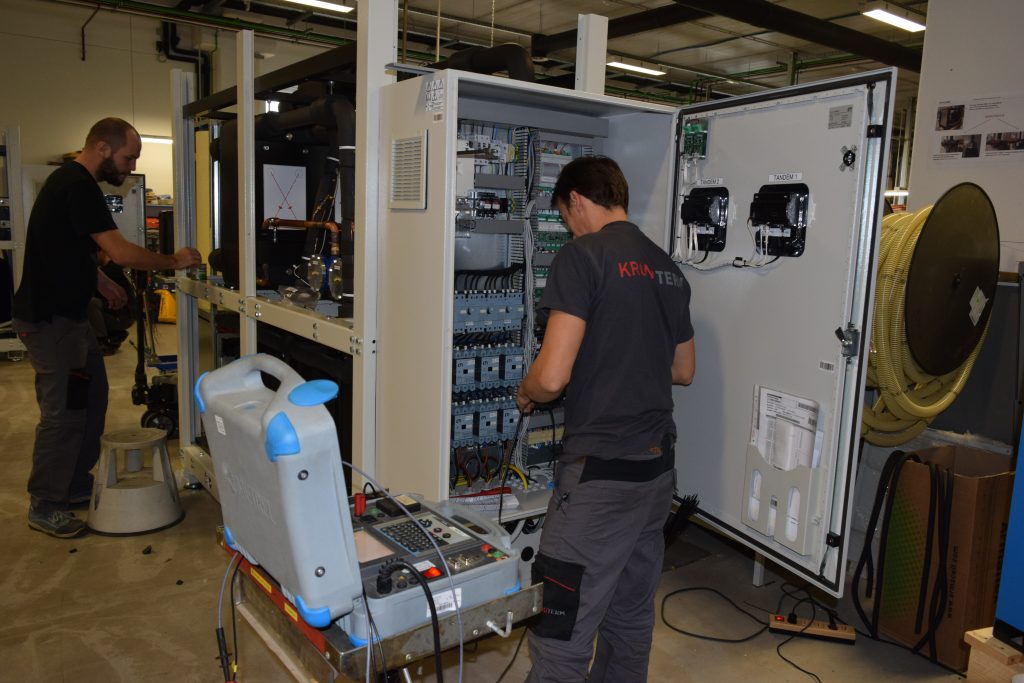 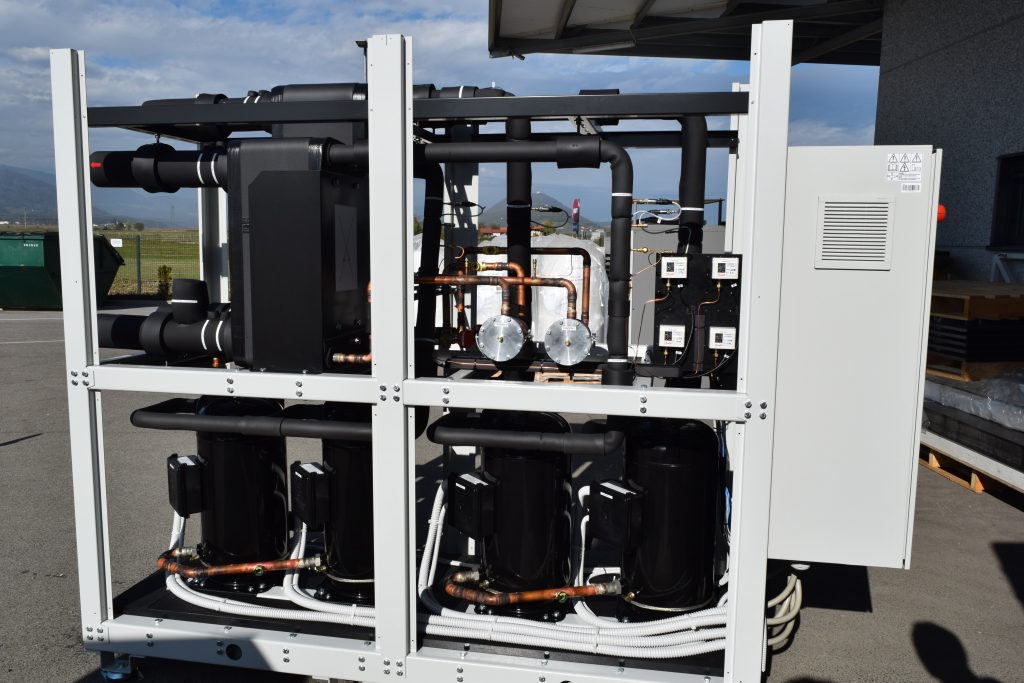 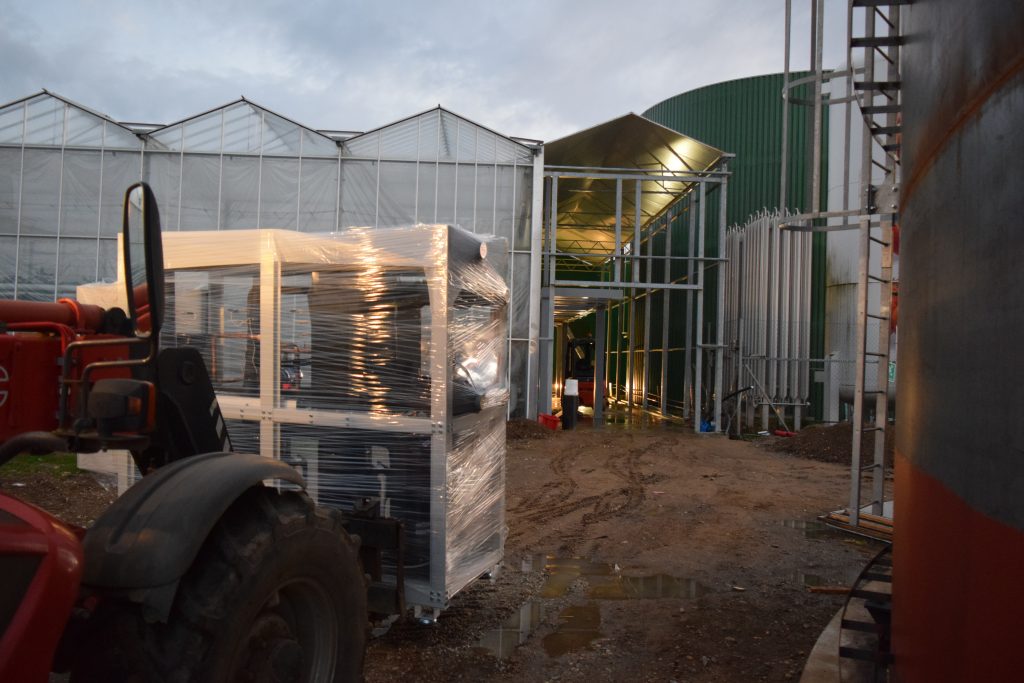 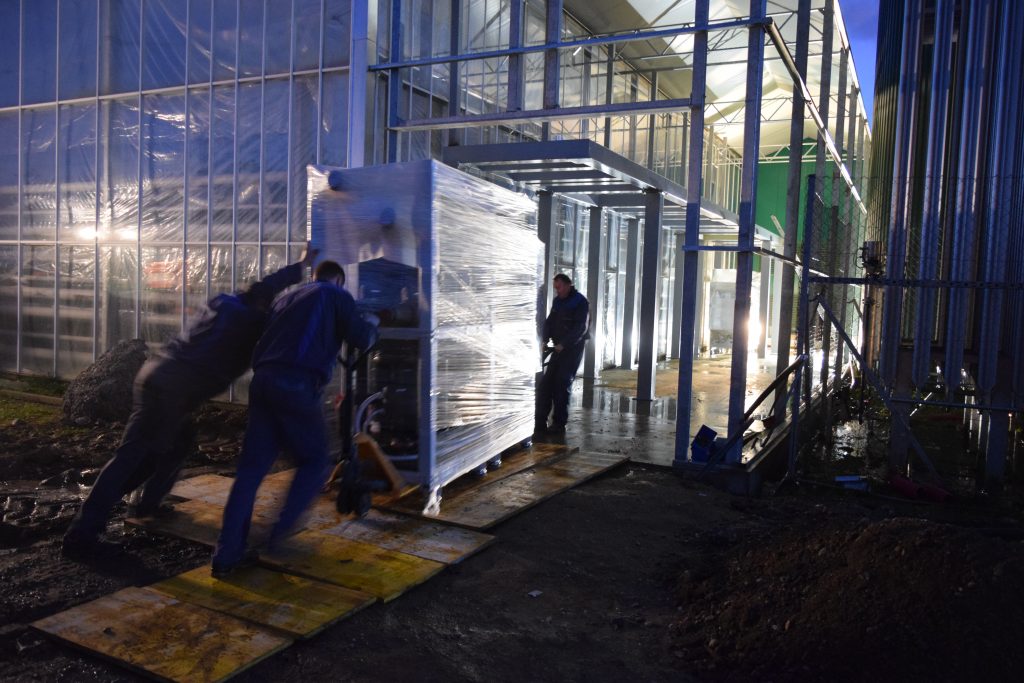 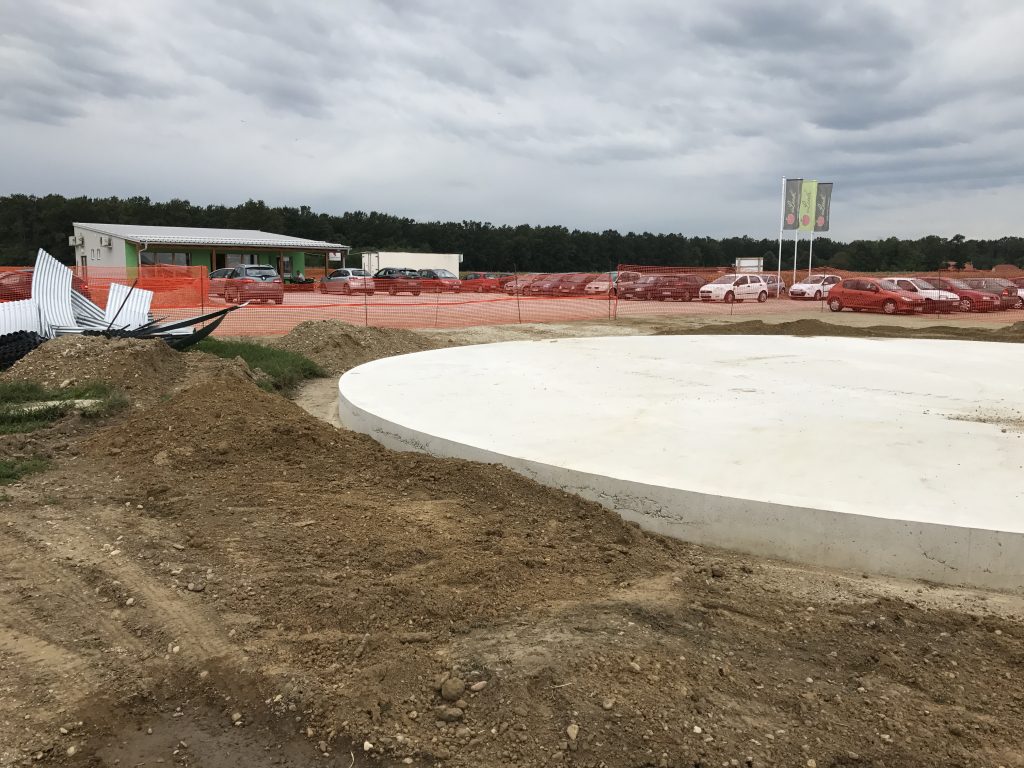 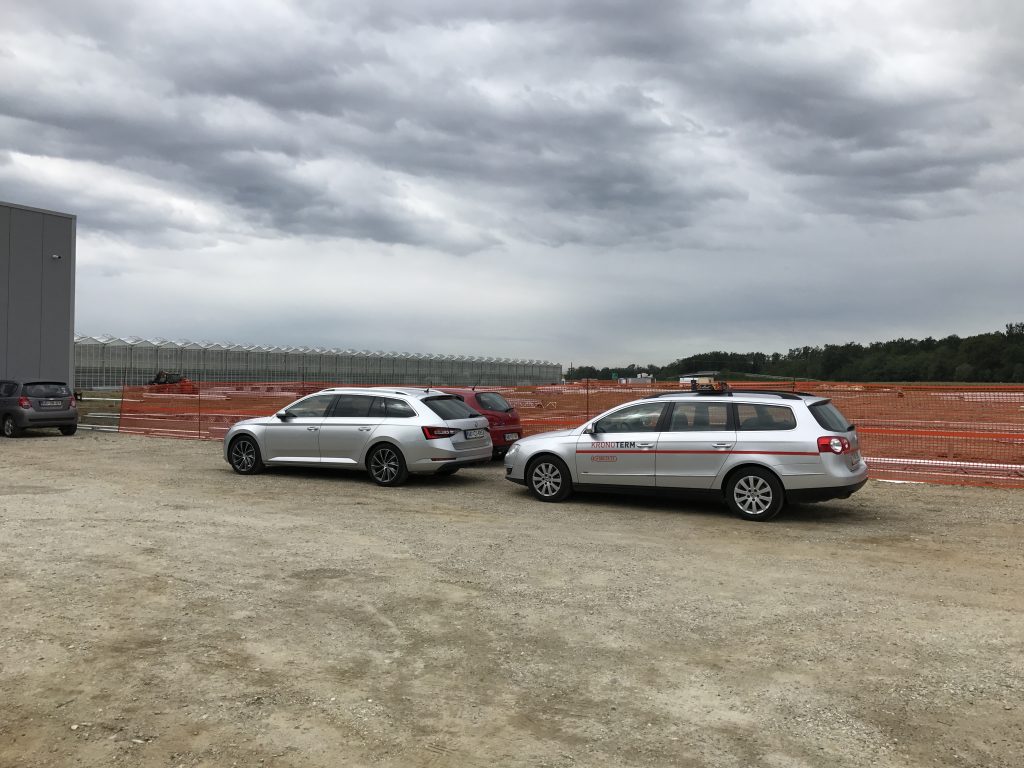 Kronoterm uses knowledge and commitment to reinvent what is possible in using heat pump technology in ways that ensure satisfied partners, users, and even the environment. 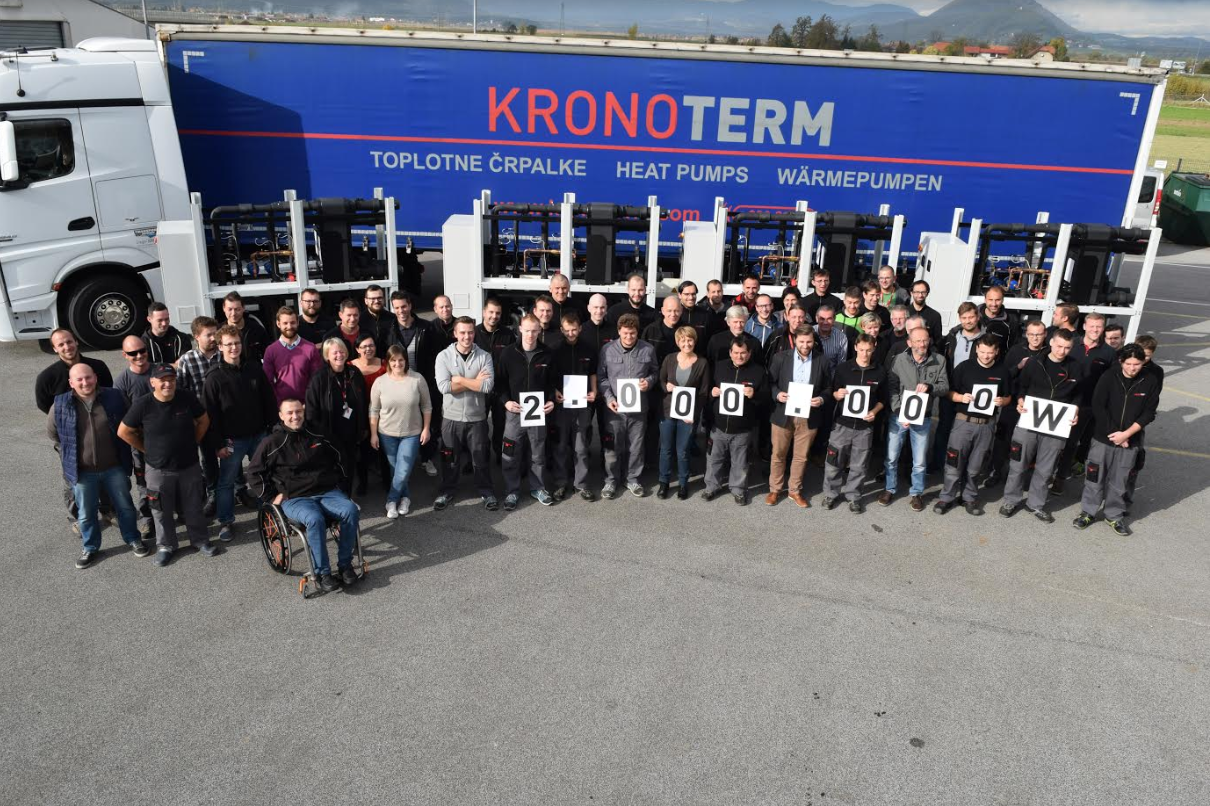