The European Environmental Bureau has compiled a survey of European manufacturers of heating systems, detailing their efforts to achieve carbon neutrality. Kronoterm ranked among the continent’s leading heating system producers, propelling the Slovenian company well past several much larger and more renowned global players. This is yet another testament to how Kronoterm is breaking ground as a trendsetter in green heating systems and in reducing the effects of global warming with a whole host of green solutions.

The use of fossil and solid fuels in both industrial and residential applications is still too common, even promoted by some heating system designers. The European Environmental Bureau has put a sharp focus on the heating industry, as just heating and cooling account for half of the continent’s energy needs and a good third of CO2 emissions.

Europe has been working for quite some time towards decarbonization and the transition to clean, renewable energy, relying on companies like Kronoterm in the process. The EU wants to encourage heating system producers towards more environmentally friendly solutions such as heat pumps, while phasing out gas and oil boilers.

Unlike the majority of other European manufacturers, our products help put the EU on the right path towards achieving its climate goals for both 2030 and 2050. These goals will see the European Union slashing greenhouse gasses by at least 40% of 1990 levels before 2030, achieving true carbon neutrality by 2050. 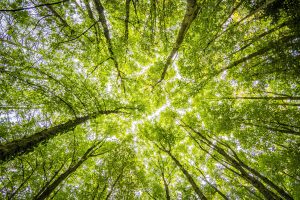 HEAT PUMPS THE FUTURE OF HEATING

Heat pumps are the future of heating, saving just the EU 9.16 million tons of CO2 per year. They emit neither greenhouse gases nor particulate matter like fossil and solid fuels do. After all, heat pumps employ renewable resources like air, water, and the earth itself.

The EEB chose 53 companies developing and producing residential heating systems, annotating its survey with the ranks “leader”, “followers”, “laggards”, and “the dark side”, depending on the extent to which the manufacturers’ portfolios aligned with European climate goals.

A whopping 38 companies opted not to divulge their plans concerning decarbonization and other environmental measures, or they otherwise indicated that they had no intent to change and adapt in order to achieve carbon neutrality. Only 6 companies in the report, including Kronoterm, produce truly environmentally friendly systems, thus earning us the moniker “leader”.

Being the only Slovenian company chosen for inclusion in the survey is yet more confirmation that our quality and developmental strategy is on the right track, as one of the only companies in the country to meet the requirements of leading manufacturers. This accolade for producers of heat pumps and environmentally friendly heating systems singles Kronoterm out as a company of the future and of Europe’s green economy.

Ever since its founding, Kronoterm’s mission has been to design, develop, produce, and deploy high-tech appliances for affordable and environmental heating.  Every new product that it launches further helps conserve the environment.

The ADAPT series, which has received many awards for its extraordinary efficiency and aesthetic appearance, was a significant step towards that end. We used in it a new refrigerant, namely R452b, which is not harmful to the ozone and which has a 67% lower carbon footprint than other refrigerants. The appliances’ high levels of efficiency and subsequent lower consumption, not to mention construction using recyclable materials, further contribute to the reduced carbon footprint.

Our quality and innovation have been aided countless times along the way both by Slovenian and foreign institutions and experts, so it’s no surprise that we ranked among the continent’s best. Quite the contrary, it’s just confirmation of what we already knew: Kronoterm is an absolute leader in its branch, not just in Slovenia but throughout Europe.

There is very little time left to achieve Europe’s climate goals, so it’s important that other companies begin producing heating systems that are much kinder to the planet and begin setting plans for green solutions.

Kronoterm’s deputy managing director Dean Besednjak remarked that, “Kronoterm always strives towards the development and manufacture of user- and environment-friendly products. Our products directly support activities that lead towards achieving a neutral carbon footprint in heating needs. We realize that green energy is the energy of the future. We are proud that the EEB recognized us as one of the most environmentally friendly producers of heating systems in Europe.”

The report is a sure indicator that there is still much to be done in this regard. Read the whole thing HERE.