Having a strong vision and creating a device that will change the future of living is not easy, nor is it often. Rudi Kronovšek had a vision and an extremely strong desire to develop the most user-friendly and environmentally friendly heating system. Thirty years ago, he founded our company, which today is the leading heat pump development company in Slovenia.

Kronoterm is a synonym for quality, a pleasant family business and innovation in the field of environmentally friendly heating and cooling. Since our foundation, our mission has been to design, develop, manufacture and implement high-tech devices for economical and environmentally friendly heating and cooling. Continuous investment in know-how and development, advanced technology, strategic partner alliances, quality and flexibility in production and service, technical support for partners and customers, and highly qualified service support are the values and strengths that make us recognized as the most professional and trustworthy. Our highly efficient installations provide comfort in nearly 100,000 facilities at home and abroad.

FROM GARAGE TO ONE OF THE MOST MODERN LABORATORIES IN EUROPE

Great entrepreneurial success stories started by chance or with humble beginnings in a garage at home. Kronoterm is no exception. The company, originally called Termo-tehnika, was founded thirty years ago by Rudi Kronovšek. He started at home in his garage. Rudi Kronovšek has been a visionary and developer with a flair for entrepreneurship and a pioneer in the field of heat pumps since 1976. He developed the first generation of mass-produced DHW heat pumps in Slovenia in a large Slovenian household appliance company, where he was employed at the time. His desire to develop the many applications of heat pumps led him to set up his own company. 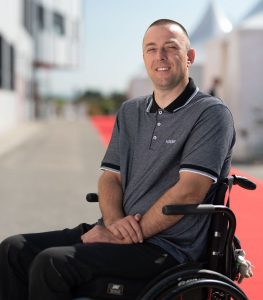 The beginnings were not always easy, but with the extraordinary support of his wife Cvetka, Rudi slowly and successfully made his way into heating technology. The first production line of DHW heat pumps followed, and a few years later the expansion of the company from one workshop and garage to larger premises was both decisive and necessary to establish a new line of heating heat pumps. In 2010, Rudi’s son Bogdan took over the management of the company, continuing Rudi’s passion for heat pump development. “I am driven by creativity. Making things that benefit others, creating something new that is not generic,” says CEO Bogdan Kronovšek. With a new generation, it was time for a new brand and, later on, a new name of the company. Our successes outgrew the premises and in 2015 we moved into a large production facility a stone’s throw from our previous premises, which also houses one of the most modern laboratories in this part of Europe. The 300 m2+ laboratory with two test chambers allows the cutting-edge research necessary to develop new, even better heat pumps. 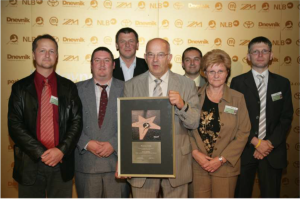 The company’s success is confirmed by the many satisfied users of its products, as well as by the profession. We have been ‘European Champions’ three times, with our heat pump being named the best heat pump in Europe three times, a remarkable achievement. Our many achievements and awards, especially in the area of innovation, are also what drive us to develop even more efficient appliances and to improve every step of the way. We have received numerous national and international awards and prizes for our successes and devices. Among others, we have been awarded the Gazelle of the Savinja Region, the Archiproducts Award, the Made in Slovenia Mark of Excellence, the Best Innovation in the Public’s Opinion Award and the Environmentally Friendly Product Award. Last year we also became ambassadors of the Slovenian economy and international campaign I feel Slovenia. Green. Creative. Smart.

NEW TRENDS AND TECHNOLOGIES FOR AN EVEN MORE PROSPEROUS FUTURE

One of the important steps we have taken is the development of the new generation of ADAPT heat pump. In addition to functionality and outstanding efficiency, the heat pump has also been given an aesthetic value. The design is sophisticated and almost inaudible, allowing it to blend into it’s surroundings and become invisible. With this new feature, design and at the same time extremely silent operation, we have set a new trend in the heat pump segment. Six different colour and material versions are just the icing on the cake. 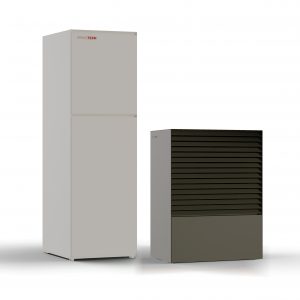 We were one of the first to introduce a remote control via mobile devices. The Cloud.KRONOTERM app provides an exceptional user experience by managing and controlling the operation of heat pumps from anywhere at any time. We have also designed an AR app to place the heat pump in any room virtually. With the app, users can see how the heat pump will look in their home, how much space it will take up, and where it would be best placed. We introduced our latest innovation last year when we launched the VERSI versatile heat pump and set a new milestone. The VERSI heat pump goes beyond the conventional use of the appliance, as it is designed for use even in apartments. With three different versions and an extremely compact design, it can be installed in the smallest corners of the home, even in the attic, under the stairs, or on the balcony.

It’s not just our successes that are growing, but also the Kronoterm family. In thirty years, we have grown from the founder Rudi Kronovšek to more than 120 full-time employees. Despite the growing Kronoterm family, which is extremely close-knit and positive, our principles and values remain the same. The first 30 years are just the beginning for us, the best is yet to come! 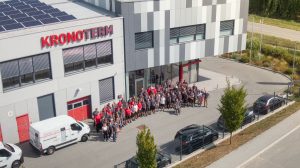